This week’s blog is a continuation of last week’s blog, where the last sentence was, “It’s about to get REAL.”

Real it was! Friday’s Up In Your Business radio show was broadcast live on FlagandBanner.com’s FaceBook page with our new SLING equipment, recommended by Roger Robinson, a friend of the show. The quality of the broadcast was stellar.

Because the show is LIVE you have to be able to go with the flow and like it says on bumper stickers “Sh*t Happens.” This week my new co-host, Jessie, had an emergency room episode with one of his four children just before our show and was unable to be there.

My team flew into action and with only minutes to spare, my friend, Roger Robinson sat down at an unfamiliar sound board while I handed him a script to read. If you were watching on FB, it was REAL!

That day’s guest was the former Arkansas Attorney General Steve Clark. He was frank and full of wisdom. After the interview an older gentleman came by the studio to visit with Mr. Clark. He related to Steve’s story of growing up in a small southern town and picking cotton. This man said something that struck me. He and Steve agreed that, “In a small town everybody raises you and it was a disgrace to your family if you got in trouble or went to jail.”

I thought about their conversation all weekend. What if it isn’t the education system, or the police department, or the government that is failing us? What if it is a mere consequence of modern conveniences? More specifically, has the shift towards TV and the internet for information and education caused our societal changes?

Steve Clark and this man talked of a time before air conditioning, cable TV, or gaming consoles. This was when, weather permitting, you were outside and everybody knew everybody. You were an experiential learner. You were raised by your community and wisdom was passed down from the neighborhood elders.

So where do we now receive our wisdom? I hope not from the entertainment industry, who glorifies gangsters and drug lords or the news, who sensationalize the unstable and criminally insane.

Maybe the good news is that wisdom can come from people like us, who are spending time broadcasting REAL radio with seasoned guests that take the time to share their experiences and insight for all who will listen. 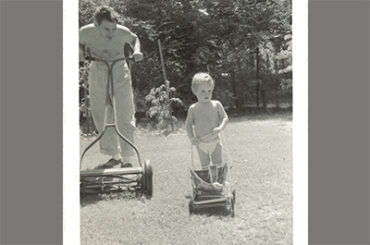