Why You Should Just Say YES! 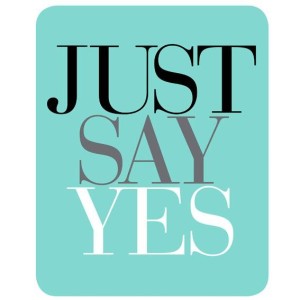 In my new endeavor of interviewing entrepreneurs on Up In Your Business,  I have found that almost all of these successful interviewees are optimists, that they are open to new opportunities, and they have this innate feeling that “all will work out.”

Gloria Steinem, journalist and women’s rights activist, calls herself a “hope-aholic” and that saying “yes” plays into this attitude of optimism and openness.

Shonda Rhimes , television producer of Grey’s Anatomy and chronic naysayer, recently published her book called the “Year of Yes’ where she chronicles how she made a conscious decision to change and say ‘yes’ to everything and how it impacted and changed her life in remarkable ways.

Saying yes could be literal, which is what the aforementioned book talks about, but there is also saying ‘yes’ to feelings. In Brave Magazine’s featured article “Brave Move”, Ann McCoy became the Governor’s Mansion Administrator for Bill Clinton and then followed President Clinton to Washington by saying ‘yes’; moving and feelings of change.

Saying ‘yes’ to my feelings.

No one asked me to start a radio show. When you’re self-employed, no one really asks you to do anything except maybe sign their paycheck. It’s that freedom and independence that gives room for creativity. As I say over and over again on my radio show, part of being successful is “listening to life” and that is exactly what I did one fate-filled Sunday afternoon.

That morning, I’d been attending church and unsuccessfully praying for a reprieve from sadness (I’d recently left my husband of 27 years.) Afterwards, for a little retail therapy, I dropped into Moxie Mercantile, a small, local gift shop on Main Street in Downtown Little Rock. While checking out, the shop’s owner discovered I owned Arkansas Flag and Banner and began to ask me internet marketing advice. Having been an early adopter of the internet’s potential (which almost bankrupted me, but that’s another story) and having launched flagandbanner.com in 1995, I’m somewhat of an expert.  Anyway, Moxie Mercantile’s owner and I talked shop for fifteen minutes.

Once back in the car, I thought of more things I could have shared. It dawned on me that in that week alone, three different people had either called, texted or stopped by to ask me for business advice. All of a sudden I felt goosebumps that started at my toes and went all the way to the top of my head. My sadness lifted and it hit me, BOOM! “Maybe, at this season of my life, I could pay my business knowledge forward.” Then I remembered how I once had been mentored and how much it had helped me. Maybe it was my time to put the shoe on the other foot and encourage the next generation of budding entrepreneurs.

Following up on this epiphany, I called our local public radio, KABF, and spoke with their program director, John Cain. I told him my idea of starting a one-hour weekly radio show that interviews successful business owners and in a conversational way mentors small business owners or those who dream of owning a small business. He loved it!

You know you are on the right path when things begin to align. Carl Jung used the word “synchronicity,” I say “listen to life,” and old timers use the word “providence.”

I met with John Cain and he explained KABF’s culture. Their motto, as the “Voice of the People,” is true. All of their on-air personalities are volunteers. He told me I would be responsible for finding my own technician to run the board during my show.

Ironically, this same year I’d hired a new salesman at FlagandBanner. This salesman was an audiophile hobbyist. Each Wednesday night from 9-11 p.m. he and a friend played alternative music on KABF. Wow! How weird is that? The radio technician John Cain said I needed already worked for me!

I don’t know where my new radio show “Up In Your Business with Kerry McCoy” will lead, but at this season of my life, it’s a fun, new opportunity and I have an innate feeling that “all will work out.”

I want to say, right now, to you budding entrepreneurs and small business owners to listen to life, look for those small synchronicity, and remember that saying YES is going to be ONE of the secrets to your success. That one little word could lead you to your destiny. 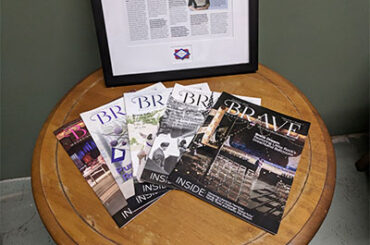 Brave Magazine is a Success! 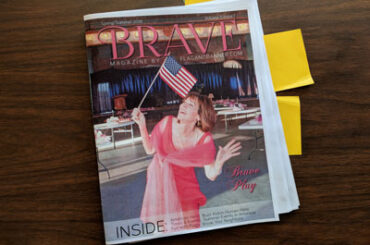 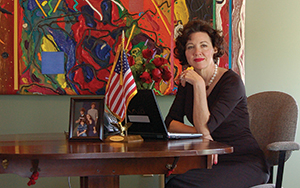 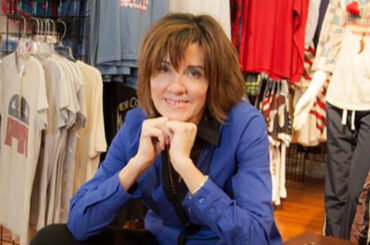 An Interview with Kerry McCoy owner of FlagandBanner.com 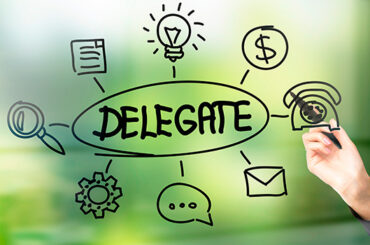 Delegate your way to Success 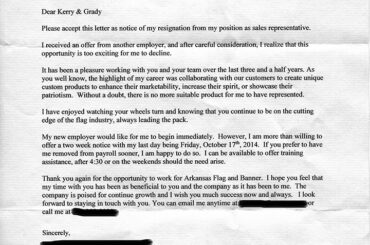 From Brave Magazine: The Right Way to Quit Your Job

The Birth of Brave Magazine