Kids complain about school and grown-ups complain about work. But, when gone from your life, you realize how much you miss the socialization and the opportunities that working and learning afford you.

This past year has been a lesson or, better said, an experiment into the follies of idleness. From watching my younger family members, I have witnessed “digital depression.” From watching the news, I have learned that suicides are on the rise. It has brought back memories of my mother who, because of vision problems, lost her ability to drive and eventually became depressed. Her experience was a lesson to me: as our world view becomes smaller, so do our thoughts. Small things become big things.

Give it to a Busy Person

To combat the malaise brought on by a year of isolation, my over-qualified daughter-in-law took a second job as a waitress. And son Jack, the PhD student in Ohio, took a job as a bartender a couple of nights a week. They are both loving it!

Jack called this morning to say he hasn’t felt this good in a long time, that he feels like he is firing on all cylinders again. And like the wise and inspirational Dale Carnegie once wrote, “If you want to get something done, give it to a busy person.” Jack has found that he is accomplishing more in his PhD program now that he has less free time.

Upon hanging up, Jack said, “You know Mom, the more you take on, the smaller the other things become.”

Moral of the story: Do Something 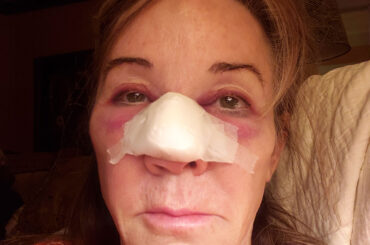