During my ole’ lady swim class, I overheard a fellow participant complain that she was suffering mentally and blamed it on a lack of routine brought on by Covid-19’s restrictions. I told her I was suffering from just the opposite … too much routine.

Though no in-person guests were invited to the event, our family was allowed to sneak in and watch from afar. It was so much FUN!

The Beginnings of Burlesque

Burlesque is defined as an absurd, exaggerated imitation of something; a parody or dramatic work, which typically includes strip tease. Our American burlesque tradition dates to the 1840s. Its increased popularity coincides with the heyday of the Dreamland Ballroom and the beginning of women’s independence.

This type of Variety Show usual featured salacious dancers and was particularly popular in Dreamland around the 1940’s when the Ninth Street United States Negro Officers Club operated out of Taborian Hall. It also aligns with the 20th century early movement of empowering women, who had won the right to vote and began to work as they pleased.

The constant debate around burlesque remains … was it empowering or demeaning?  A Huffington Post article stated three reasons why women still take burlesque classes: 1) to be cheeky, it is fun, 2) to become comfortable with their bodies and sexuality, 3) to earn money.

The Escape of Entertainment

As I watched these entertainers perform, I forgot about the pandemic, civil unrest, and looming planetary maladies. I swayed with the music, shouted encouragement, laughed at all the wrong times and was awed by their confidence and skill. Once home, I reflected on the evening and thought, “Now that was something you don’t see every day, even in a non-pandemic year!”

I cannot wait to tell the little ole’ ladies in my swim class about my VARIETY … and what a variety it was!

You can watch a rebroadcast of the sultry and scandalous burlesque show tonight (March 5th) at 7pm on their Facebook Event Page. 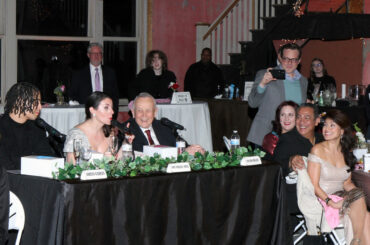 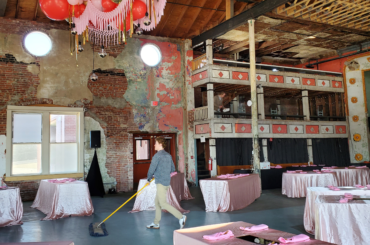 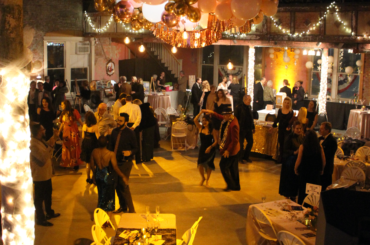