The real measure of a person’s character is not what they do when everybody is watching, it’s what they do that no one will ever see. That’s why I feel the need to tell a recent story about Hillary Clinton. 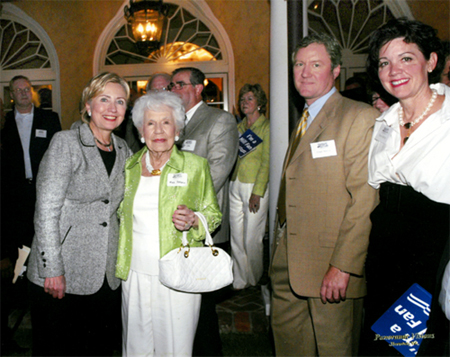 Just to give some background to the story, my mother-in-law, Ann McCoy, worked for the Clinton’s at the Arkansas Governors Mansion and later at the White House, but she has not worked for them in 8 years. The Clinton’s were always nice and polite to all of Ann’s family but Hillary probably got to know Ann’s mother, Hazel, better than any of us.

Recently, Hazel, 95 years old, was admitted to a Hospice. How Hillary found out is beyond me, but 5 hours before her big debate with Barack Obama, she called Hazel at the Hospice to see how she was adjusting. At perhaps the most critical point in a very long and impressive career, with the world spinning around her, Hillary Clinton took the time to console another great lady. Many people think Hillary is cold and impersonal. Maybe it’s because she is so principled that she doesn’t know how to pretend to be sincere. If I weren’t writing this here, no one would ever know about the phone call. Hillary didn’t make the call because it would end up in a story or photo shoot. She did it because she is a great lady. One day, after the history is written, everyone will know, as do I, exactly how great she is.

Ms. Hazel Askew passed away yesterday, Sunday, but not before one great lady spoke to another great lady. Hazel was born when women couldn’t vote and she almost lived to see one in the White House.