My love of old structures and saving history is evident in the lifestyle choices I’ve made (i.e. the Dreamland Ballroom and my 1911 Craftsman-style residence). This preference began early. In 1975, upon returning home to Arkansas from Dallas, I took up residency in the aging Hillcrest neighborhood of Little Rock, Arkansas.

The 1960’s white-flight movement and urbanization of Little Rock did not bode well for this old neighborhood. Hillcrest, Little Rock’s first suburb, was thought to be too inner city. People were unsure of its future and so this wonderful, over-grown, old neighborhood was overlooked by new home buyers. Thus, the cost of living was perfect for a young, single woman’s income bracket.

My parents, of course, wanted me to settle in a safer part of town. Mother didn’t like the apartment buildings, abandoned houses, and dimly lit streets that made up Hillcrest. She chided me for walking alone at night, especially along the dark wooded stretch of Kavanaugh that borders Allsopp Park (today, it’s called The Promenade). She was right, of course, but I was young and fearless and did it anyway—though, I must admit, I sometimes got spooked and ran its length.

In the last four decades, I have lived in three different homes on three different streets in Hillcrest. I’ve learned about the swinging bridge, the trolley, the fire station and the history of the Allsopp home and park. It was in 1927 that the City of Little Rock began purchasing land for what is now known as the 150 acres of Allsopp Park. Contrary to popular belief, Mr. Allsopp did not give the land to the city, but he did work tirelessly to preserve the 150 acres as a nature trail and bird sanctuary. I’ve become so accustomed to the morning cacophony of bird tweets and twills that when I’m traveling, I am acutely aware of the lack of them.

Hillcrest is an outdoor oasis with hiking, biking, nature watching and dog walking. Our residents are out and about, enjoying the many sidewalks and trails and visiting with neighbors on porches.

The Price of Becoming Nice

Today, Hillcrest is on the heels of the Heights as a desirable place to live. With the higher income bracket of residents comes construction, yard men and entitlement. My once-hippy neighbors are now professionals, who realize how lucky they are to live in a walking community so close to downtown, with a huge wooded park and its very own business district.

My love of old buildings was fed earlier this year in a sightseeing trip to France. Europeans are known for their preservation of everything; buildings, fountains, art, books and even a quiet and courteous lifestyle. Because of all the cars and people living so closely together, they have legislated noiseless tires on vehicles. What?! I didn’t even know there was such a thing. Or that the culprit of car noise is the tires on the road. I always thought it was the engine. But if you think about it, engines are quiet. So quiet in fact, that one day at work I exited my quiet car only to return 8 hours later and find it still running (on fumes)!

In keeping with this theme of the past – a quieter time – my block has also adopted a courteous rule of no power or lawn tools after 5 pm or before 10 am on weekends. It is a lovely preservation rule and one that is easily accomplished. With all the other pollutants in the world, we often forget about noise pollution and its threat to our sanity. Anyway, here’s to wishing you a peaceful, quiet and reflective day. 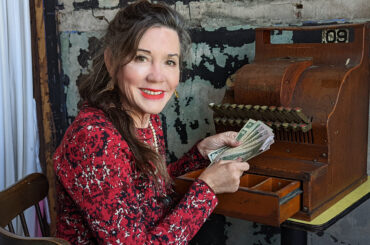