March marks the two-year anniversary of the Covid pandemic. I’m torn between writing about the past two years of Covid’s grief, relief and yes, even joy, or about the rise of cults during our societal turmoil. Maybe they go together.

During unsettling times, it is a natural occurrence, amongst humans, to seek refuge in cults. Though we all think of the 60’s as the era of free love, communes, and cults, we actually have more now than ever before.

Like the 1960’s, when our country was reeling from the Vietnam War, the aftermath of desegregation, and the burgeoning women’s rights movement we find ourselves again amid a land of unrest.

There are shock jocks making a living on inflammatory behavior and disinformation, puppet politicians vying for attention, and self-serving demigods on the rise; all bolstered by the internet and 24-hour news services. It’s no wonder so many of us are seeking shelter from the storm. I read that, as religion ebbs, cults flow forth. The biggest, of course, is QAnon. Since its founding around 2018, this self-identifying conspiracy theory group has grown to about 15% of the American population.

It is no secret cults use isolation as the number one method for recruiting and retaining members. And though this may seem harder during Covid, it is actually easier. Americans are self-isolating in their homes by surfing the internet. A perfect storm for computer whiz kids to prey on the lonely, the seeking, and the unsuspecting.

According to researchers at the University of California, cults like QAnon, built by the software engineer who calls himself ‘Q,’ are tweeting simplistic messages that are strengthened by algorithms, thus creating a reverberating echo chamber and thought bubble, aka “online isolation.”

This year, in my home, we kneel at the feet of My Cult, the Razorback Hog Basketball team.  It has been more than 20 years since we have had such a good team and a real shot at the Big Dance title. Just this week “My Cult” was given the number four seed at the “March Madness” playoffs.

These young Razorback players are not the most athletic, but they have the most heart. And Coach Musselman is not the biggest (only 5’5”), but he stands tall and is so much fun to watch. Like a cult leader, Musselman’s passion for the game is contagious among his student athletes, the sports casters, and us fans.

I found My Cult and Covid joy in the Arkansas Razorback Athletic program. Praise Be. 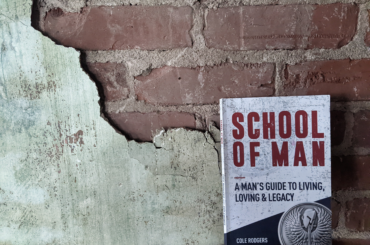