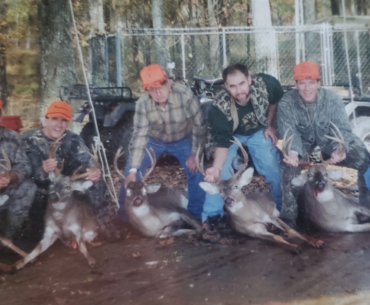 There is no scientific proof that war is ingrained in human nature, according to a study by Brian Ferguson, professor of anthropology at Rutgers University-Newark.
But I don’t need scientific proof to know that every Fall, as deer season approaches, my husband and late father would get an itch. A drive to get outdoors, feel the change of season, and shoot something.